When working under a large, heavy car, some people prefer something that wasn’t mass-assembled overseas with inferior manufacturing and products. You want something that is built to last using high-quality parts and assembled in the good old US of A. Many automotive workers are now trusting only in jacks that come straight from manufacturers in the USA. As the quality of manufacturing in Asian countries has gone up, more domestic floor jack companies are now sourcing their parts from there but having the final assembly done on US soil. While it would be great to have multiple options of floor jacks made in the USA using 100% American parts, that’s simply not the case anymore as the price would put these models out of reach of the general public.

If you consider yourself someone who wants to support American workers and purchase an automotive jack that is “Made in the USA,” Hein-Werner offers a couple high-quality options. Again, while some of the parts used are made in China, assembly, inspection, and service are all handled in the United States. 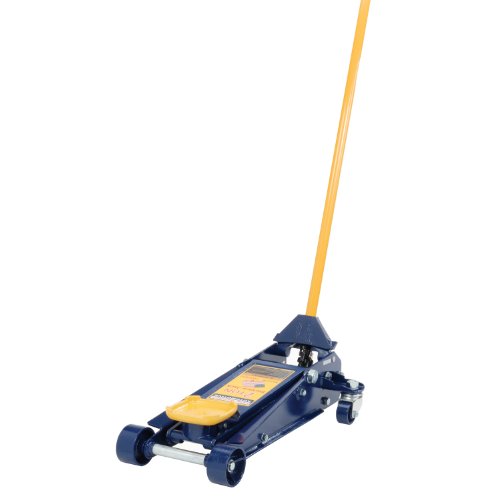 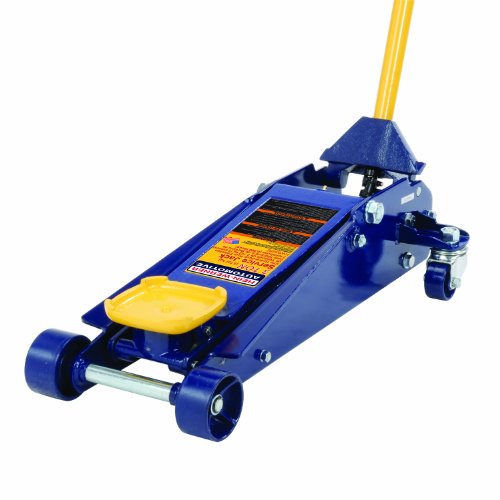 Made in the USA
Price
Check Current Price Assembled in the USA and featuring an eye-catching blue and yellow design, this great product has impressive features including a cast iron arm to lift heavy loads, as well as flanged side plates for added strength and support. Its hydraulic pump is even tightly sealed to prevent contamination of any kind. It can lift vehicles up to 20”, while providing a low 3 ¾” inch pick up height, meaning that it works well even on cars with a low profile.

When it comes to jacks assembled in the States, this is our top choice. Users consistently give it very high satisfaction ratings and love its functionality for mid-weight vehicles. Although the one-piece handle proves difficult to remove, it feels a lot more solid than the competition with a 2-piece design.

While the 3-ton version below has the same high quality that Hein-Werner is known for, most people will be fine with the 2-ton weight limit and save themselves some money. If you have a heavier vehicle or plan on eventually getting one, go with the heavier-duty model.

This model by Hein-Werner is an impressive, American assembled service jack. This highly rated lift boasts a U-Joint release mechanism for precise load control, as well as increased stability due to its flagged side plates. The strong, cast-iron lift arm is enhanced by the wide, stable base, making an incredibly easy-to-use hydraulic hand-lift jack. The one-piece handle only adds to the lifting process on your car, truck, or SUV by eliminating bending.

This jack features impressive specs, such as a 18 ½ inch max lift height and 31 ½ inch chassis length. Along with its precise control, sturdy wheels and casters, and a rock-solid stance, this product also features a great 2-year manufacturer warranty. Matching 3-ton jack stands from Hein-Werner are also available. If you are looking for a dependable and reliable jack that is assembled in the USA, look no further. 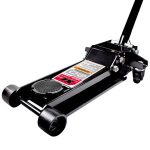 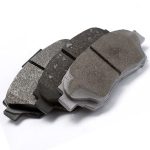